Rosacea is an inflammatory skin disease that is predominantly associated with facial redness. It is often mistaken for acne, but the condition is actually quite different. Rosacea affects primarily fair skinned adults, between the ages of 30 and 60. It is a chronic skin condition that affects approximately 14 million Americans, more commonly women but also men. It’s not dangerous but because it affects your appearance, it can be problematic.

Left untreated, rosacea tends to worsen over time. In most people, however, it is cyclic – the symptoms may flare up for a period of weeks to months and then lessen for a while before flaring up again. Rosacea can be mistaken for other skin problems, such as skin allergy, acne or eczema. Once diagnosed, it’s quite treatable. 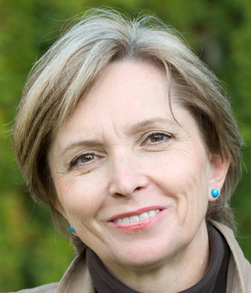 Treatment for Rosacea
Rosacea rarely clears up on its own and as previously stated, tends to worsen over time if left untreated. Many over-the-counter skin care products contain ingredients such as acids, alcohol and other irritants, that may actually worsen the condition. Because of the progressive nature of Rosacea, an early diagnosis is important. Treatments are more effective if started early. Although there’s no way to eliminate rosacea altogether, signs and symptoms can be relieved and reduced. Most often this requires a combination of prescription treatments and certain self-care measures. Particular moisturizers, cleansers and sunscreens will help improve the health and appearance of your skin.

Oral antibiotics may also be prescribed in combination to achieve noticeable results faster. In many cases, dermatologists will often prescribe both oral and topical antibiotics for this very reason, followed by long-term use of a topical antibiotic alone to maintain remission. Some of the most common prescription oral antibiotics include tetracycline, minocycline, doxycycline and erythromycin. The duration of your treatment depends on the type and severity of your symptoms, but typically you’ll notice an improvement within weeks. Because symptoms may recur if you stop treatment protocol, regular treatment is often necessary.