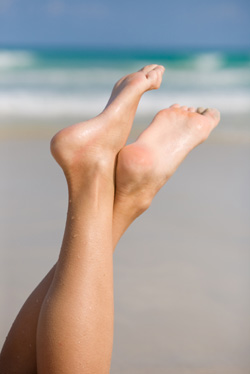 Warts are harmless skin growths caused by a virus. They can grow on any part of the body, including the face, along the forearms or on the finger. Warts have a rough surface on which tiny, dark dots can often be seen. On areas where pressure is applied, such as the palms or the soles, warts look flat. Plantar warts (on the sole of the foot) grow inward from the pressure of standing and walking, which often makes them painful.

Warts are a common nuisance. They may bleed if injured, but are never cancerous. Unfortunately, warts are contagious, and may spread from one part of the body to another or from one person to another. Some people are susceptible to them and some are not, but there is no known way to prevent warts. Warts often disappear by themselves, especially in young children. This spontaneous disappearance is less common in older children and adults. Genital warts are sexually transmitted.

While warts aren’t dangerous, they can be uncomfortable or disfiguring. Fortunately there are several effective treatments available and even though they don’t kill the virus, they can aid in controlling the virus and the destruction of the layer of skin where the wart grows. Appropriate treatment depends on location and size. Options, all available at Long Ridge Dermatology, include: